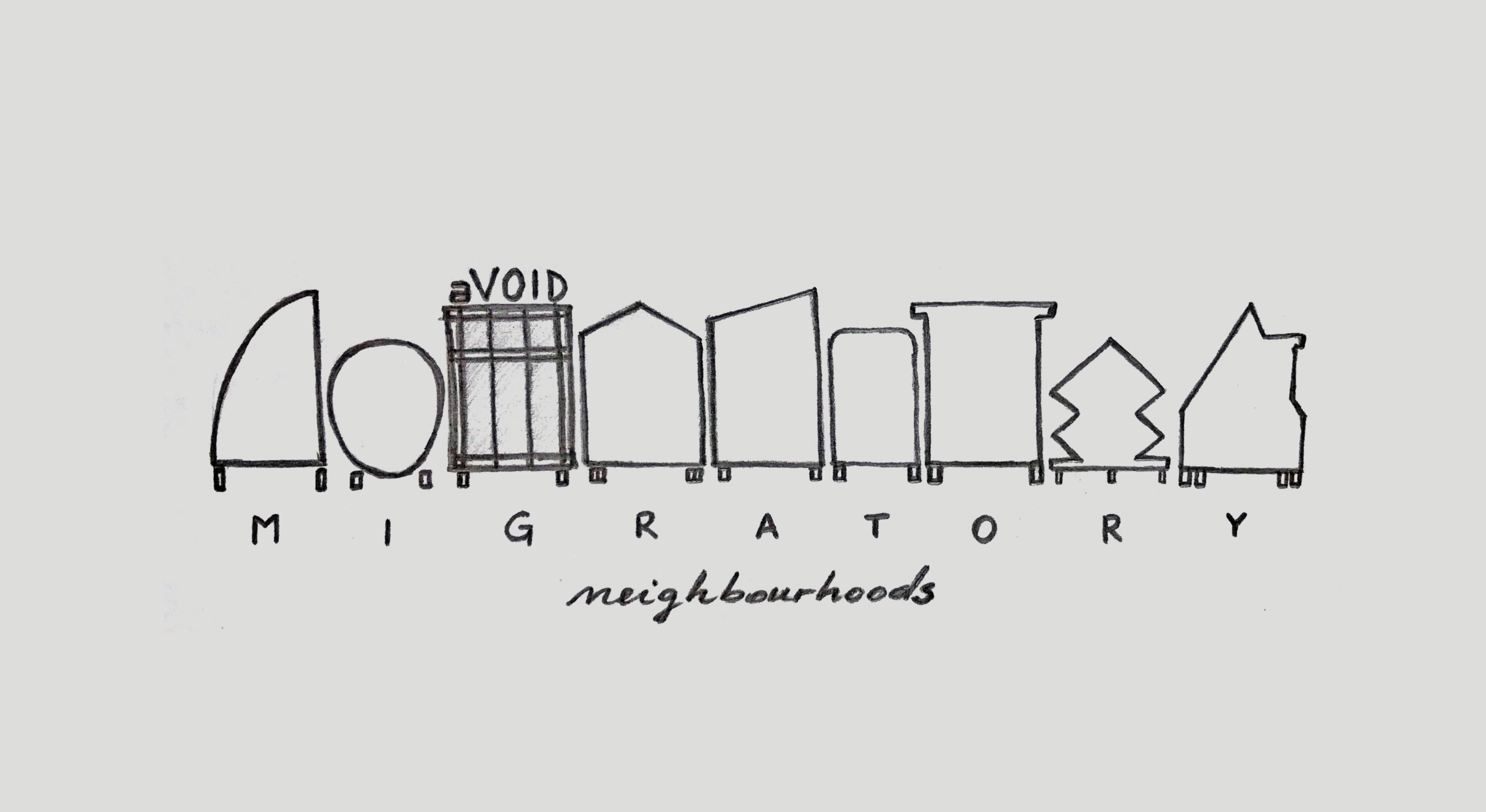 “Migratory Neighborhoods” is an experimental project that develops primarily in the areas of housing, planning and urban sociology. The objective is the definition of a new settlement model for experimentation in the field of sustainable housing, based on the principles of temporary settlement and mobility. “Migratory Neighborhoods” was born as a response to the most pressing housing emergencies of large urban centers such as overcrowding and gentrification, offering to the generation of neo-nomads an alternative and sustainable solution to the traditional real estate market. At the same time it offers existing communities a tool for revitalization for unused spaces in central urban areas.

Big cities with strong economic powers and wide cultural offerings still represent desirable destinations for all those who aspire to any kind of personal enrichment. The unstoppable demographic growth of our urban centers, however, results in creating vulnerable populations in the lower economic sectors, which are often forced to marginal locations, making integration of new residents difficult. These citizens hardly fit into dynamic of consolidated and inaccessible real estate. In this economic category emerges a figure that is currently growing rapidly, especially among the youngest — that of the urban nomad. The so-called movement of neo-nomadism, whose development is strongly supported by the most recent. The evolution of digital technology supports the growth of this movement. The New Generation Nomad, unifies under the same name all those who make the journey a choice of a way of life, both for work and leisure. 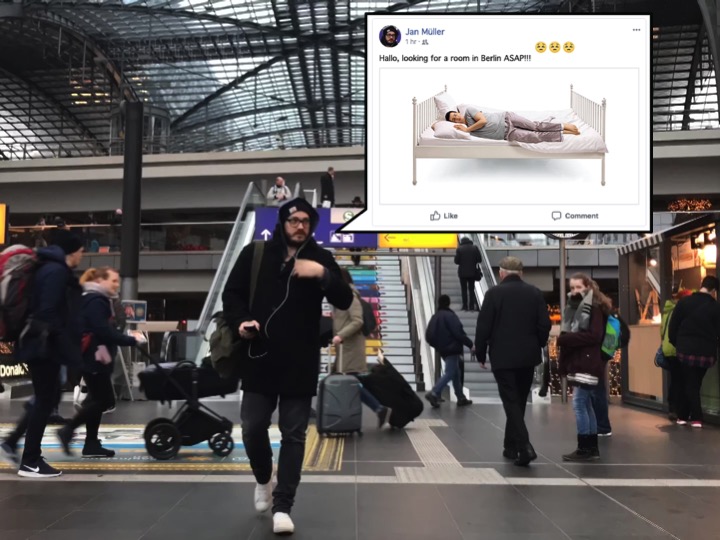 The demographic growth and the consequent gentrification processes contribute to the impenetrability  of our most competitive Italian cities for this generation of creative workers. Cities are still strongly based on static housing concepts that do not align with the liquidity and consequent mobility of contemporary lifestyles. A “liquid” model of cities is needed.

A project by Tinyhouse University

Tinyhouse University is an informal group of researchers and professionals in the field of international architecture and urban innovation. Born in Berlin with the aim of translating the problems of contemporary society related to living in concrete solutions, or through the creation of prototypes or with the definition of unconventional settlement models.

“Tinyhouse” because it interprets the spread of the movement of neo-nomadism with the birth of a new housing concept commonly defined as “tiny house”, or a house with very low volume and often equipped with wheels. This tendency is on the rise in the old continent where, contrary to the “tiny house” American movement, it develops mainly as an alternative solution for living in large urban contexts that are difficult to access.

» The average private car sits idle for 23h a day «

Artistic installations, scientific papers, collectives, associations, social experimentations and new startups are emerging around this theme that is also very dear to major car manufacturers. These, aware of a necessary change of course in their market strategy in the near future, support with extreme determination research projects related to micro-living and housing mobility. It is proven by numerous scientific studies that “sharing mobility”, as well as the imminent diffusion of new technologies including autonomous cars and charging stations for electric vehicles, will have important consequences on the use of public land for example drastically decreasing the surface today engaged by the numerous cars in perennial stop. This opens up new land occupation scenarios in which the automotive giants want to have arguments to promote their business. 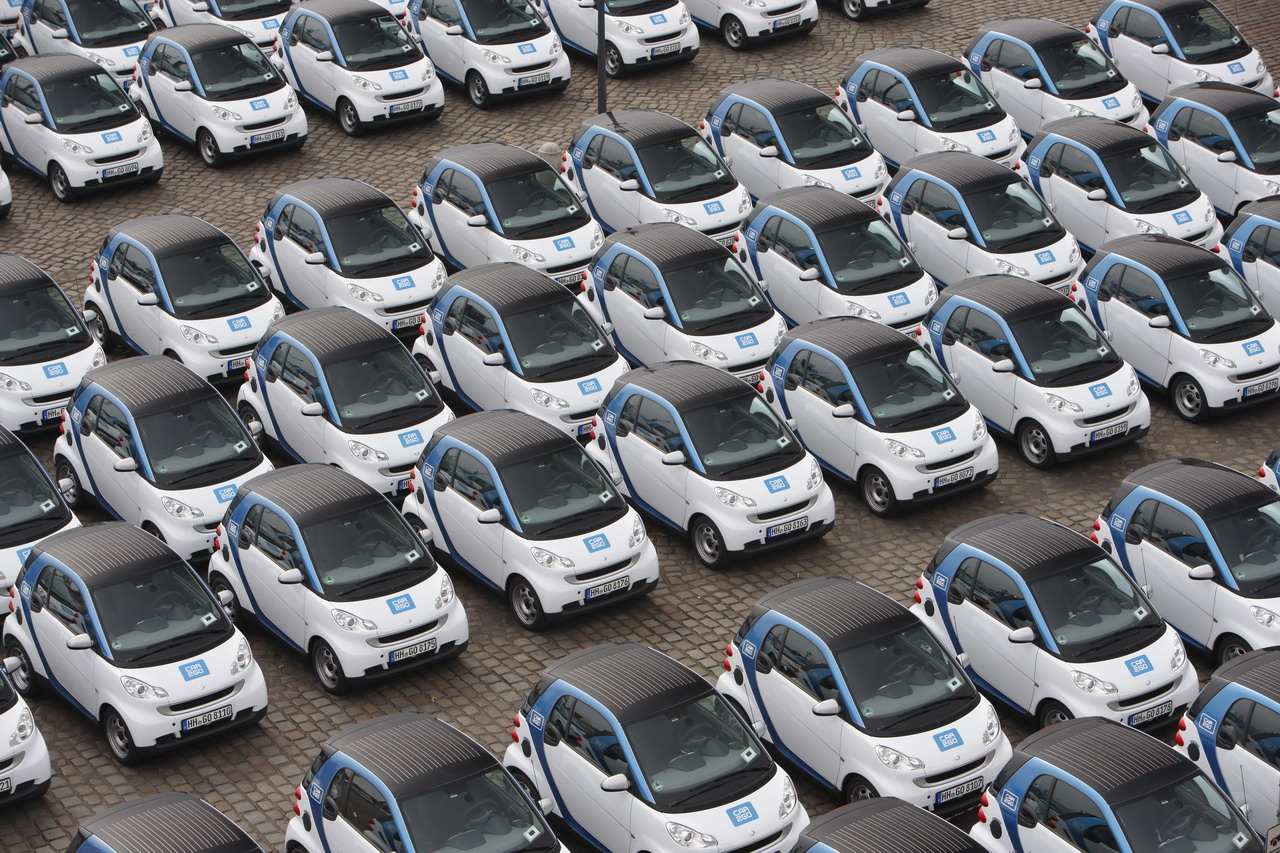 We believe in a soft gentrification

Tinyhouse University participates in this discussion through public awareness activities regarding the most recent changes taking place in the sphere of living that culminate in the presentation of the exhibition Bauhaus Campus, an experimental village of “tiny house” inside the Bauhaus museum park -Archiv / Museum of Design in Berlin. Education, research, design and housing experience coexist and represent the tools to promote a more fluid settlement model in perfect adherence to the recent evolutions of contemporary society. Tinyhouse University strongly believes that processes of self-determination and the use of unconventional housing solutions are valid tools to foster a greater density of the existing urban structure, opening up new possibilities for those wishing to live in city centers and in domestic spaces. with a high flexibility and quality of life.

Tinyhouse University does not aspire to the construction of skyscrapers or traditional real estate solutions but rather to a “sweet” densification based on the exploitation of the numerous possibilities offered by the “tiny house” type on wheels. Solutions not universally applicable to the whole society but certainly adaptable to the category already described above that adheres to the phenomenon of urban neo-nomadism.

“Migratory” because it consists entirely of mobile buildings built on wheels that, like migratory birds, move from one place to another, also depending on a seasonal rhythm. The birds move for the search for food and for more favorable climatic conditions, while the residents of a “migratory neighborhood” based on employment and therefore the availability of strategic spaces within the same city but also between different countries. This is possible thanks to the characteristics of a “tiny house” that in a few steps and without special precautions is ready to travel by road to the new destination.

A flexible and displacing settlement model, a liquid solution that opens up numerous possibilities such as the temporary use of all those desirable spaces within our urban centers that are without any function for a short period of the year. For example, imagine the exclusive outdoor areas of a school during the summer break or the parks during the harsh climates. These are the ideal spaces where a “migratory district” can be allocated for a short period. But imagine still a settlement of “tiny houses” in unused exhibition areas or in hotel parking spaces during the low season. This is a “neighborhood” because it is strongly connected to the existing urban community and not a self-contained entity. Rather, it is a settlement capable of fully exploiting the complex traditional infrastructures within the city such as service networks, public transport, commercial activities and all that the municipality already offers its “traditional” citizens. The close link with the city and with all the economic and cultural possibilities that it can offer represents the soul of the project and, for the residents of a “migratory quarter”, the initial push towards this housing choice.

But what are the advantages that a large city would have to host a small “migratory district”? Often problems such as crime, isolation, violence and inadequate occupation of urban spaces are connected to the inactivity of places. Bringing life into these spaces can be a useful solution to alleviate these social problems. The “migratory district” represents not only a process of densification for a more rational exploitation of free land, but also an instrument of regeneration and revitalization of the urban space allocated. This aspect also emerged clearly from the results of the “Bauhaus Campus” project. Housed in the park of one of the world’s most popular design museums, the Bauhaus-Archiv Museum of Design is located in an isolated area of ​​the city of Berlin with a predominance of embassies, offices and institutions. The lack of a plurality of use destinations has as a consequence the almost total absence of spaces for social interrelation out of their working context. The village of “tiny house” has represented for all its duration a point of reference for the few inhabitants of the neighborhood and an opportunity for dialogue and meeting for the numerous employees of the surrounding offices. In addition to this aspect, the creation of a “migratory district” corresponds to the flexibility of living and therefore openness towards foreign citizens and cultures, thus contributing to the positive diversity that is a source of enrichment for our society and the strengthening of a European civic conscience.

The city of Milan has emerged from the Italian and European context as a laboratory of excellence for experimenting with urban and social projects. At the same time, it is a highly desired destination for all those who pursue personal enrichment both from an economic and cultural point of view. This aspect makes it particularly fragile with regard to gentrification processes and housing shortages. And it is precisely for these reasons that it is believed that the very first beta version of the “migratory district” should be tested in the city of Milan. 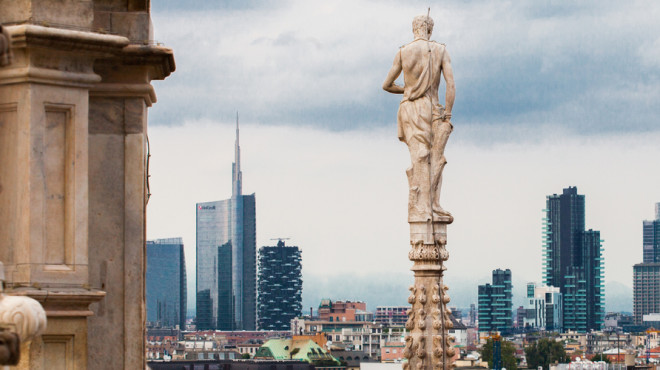 The project involves the construction of the first prototype of a “migratory district” consisting of a variable number (maximum 15 units) of houses or small public buildings of low size (<10 m2) and easily transportable on wheels (assembled or loaded on trailer) . The experimentation could start as early as September 2018. It would develop for a period that includes all four seasons for the duration of 365 days. The district then migrates from one area to the next depending on a seasonal rhythm and in selected locations according to the following criteria: temporary non-seasonal use, easy access to the area, infrastructures present (wifi, water, electricity and sewage drains), positioning strategic within the city and access to public transport. Hypothetically it could be a construction site blocked during the autumn season, a park in winter, parking during the low autumn season and a school during the summer break.

Mobile homes, if not energy self-sufficient, are easily connected to existing infrastructures without requiring any construction work on the area in question. The objective is to leave no trace of the migratory quarter at the end of the experiment.

The realization of the project therefore requires:

The “migratory neighborhood” project is promoted and managed by Tinyhouse University Italia, a non-profit cultural association (Statuto) with registered office in Pesaro. The association is an operative arm of Tinyhouse University e.V. of Berlin founded by the German architect Van Bo Le-Mentzel. The experiment involves the creation of a working group led by the Italian Association President Leonardo Di Chiara. The organizational team will be made up of representatives of the administration of the Municipality of Milan, associations or bodies in the neighborhoods where the areas concerned are present and a maximum number of 15 residents involved in the experiment. To these can be added institutional partners such as universities, museums, research centers, economic and technical sponsors, media partners and communication agencies and event organization.

If you want to get involved write at avoid@leonardodichiara.it

“I was always fascinated by tiny houses but, at the same time, I was very skeptical about their usage. If you look at the typical american tiny house you would recognize that it has windows of all sides. This helps for sure to have a better feeling inside: the house seems bigger. But this means that you will always live as an independent unit, detached from the community.” – Leonardo Di Chiara

The project fits perfectly within the objectives and requirements of the call for funding of the European community known as “Urban Innovative Actions” (UIA) which among the thematic areas identifies the one related to the “housing” theme. The announcement has as a fundamental requirement the participation in the project of the municipal administration of competence in which the experimentation activity will be carried out. The deadline for submitting the application is March 30, 2018. The important social value, the innovative scope of the urban model and the sensitivity towards the creation of a stronger European conscience certainly constitute elements of positive positivity in the allocation of the aforementioned loans.

The Municipality of Milan is expected to be included in the “migratory neighborhood” project as the main institutional partner alongside the operating entity that is Tinyhouse University. The municipal administration should be able to offer its support:

If you want to get involved write at avoid@leonardodichiara.it