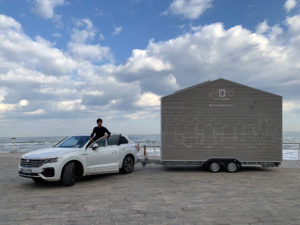 “I wanted to move around the world, traveling not as a tourist but as a citizen. Getting deeper into things, trying different daily routines and meeting new people to fulfil my strong curiosity for what I still didn’t know outside my hometown. But how to mingle again every time with other cultures in complete different environments? I think becoming fully part of it, exposing yourself for who you are. This is what I had in my mind when I decided to build my own tiny house on wheels two years ago. How can you live while traveling in a better way then bringing around your home? My tiny house, my things, what I cook and my habits tell the story of myself. For this reason in every place I go I feel fully part of the society, a real resident of the city where I am parked in that moment. I think this is the real power of having a tiny house on wheels, the freedom of feeling at home wherever you go. This is the side of the tiny house movement I wanted to show to people with the “aVOID on Tour”. Moving from Berlin to Rome for 1300 km stopping in ten different locations to try if it is really possible to be more a resident than a tourist. During my travel I set my home in very different places: a former brewery in Berlin, in front of the main Castel in Milano or on a hill with a beautiful countryside view just outside Ulm.

I always tried to create occasions to interact with the neighbours: guided tours of my tiny house, test-living sessions, cooking shows, building workshops or tiny-talks for a small audience. I always had my doors open and my espresso machine on the stove to be ready for a more welcoming encounter with the public. During the three months tour so many visitors had the chance to enter my tiny house and prove themself how it is living in a very small space on wheels. Sometimes the neighbours came back a second time to invite me to their home for dinner. It was not anymore just a tour or an exhibition, it was living, sharing and create relationships. As architects we always think about houses and spaces but at the end we don’t live houses and spaces, we live people and experiences. 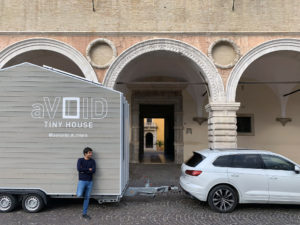 Moving with my tiny house became for me an opportunity to live more what it is actually outside my borders an my limits. And now, even if I my travel continues to a different destination, I will always know that I have left a piece of my home everywhere.” – Leonardo Di Chiara

With the aim of raising awareness among the public for the need to rethink our housing models, particularly to face the rapid changes of contemporary society, aVOID will be the protagonist of a tour starting in Berlin and ending in Rome. aVOID on Tour was conceived as an ideal continuation of the research promoted by Leonardo Di Chiara within the Bauhaus Campus as a member of the Tinyhouse University. Starting on April 3rd 2018, aVOID will travel through several locations functioning as a physical platform to empower discussions around topics such as sustainability, self-construction, and mobile living in relation to the possibilities offered by tiny houses. At every stage the public will be invited to actively participate in a series of events, including tiny-talks, test-living experiences, guided tours, art residencies, lectures, conferences, contests, and design workshops curated by the members of the Tinyhouse University.

aVOID on Tour includes 7 stages that connect Germany, Switzerland, and Italy in a journey which starts from the Bauhaus Campus in Berlin and ends in Rome. The tiny house will be hosted by museums, like the HfG-Archiv in Ulm; as part of events, such as a city installation during the Salone del Mobile; and by institutions like the Goethe-Institut in Rome. 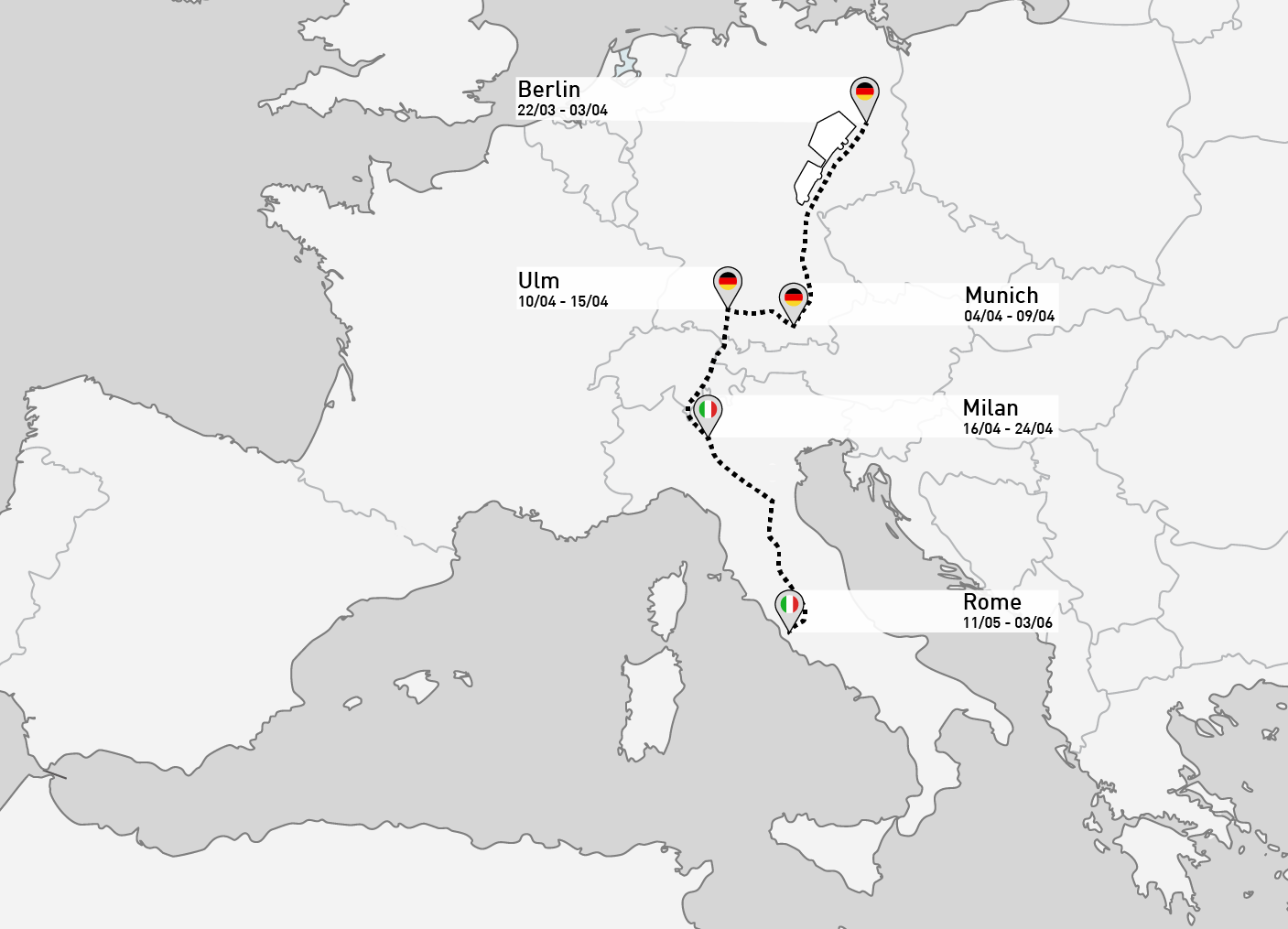 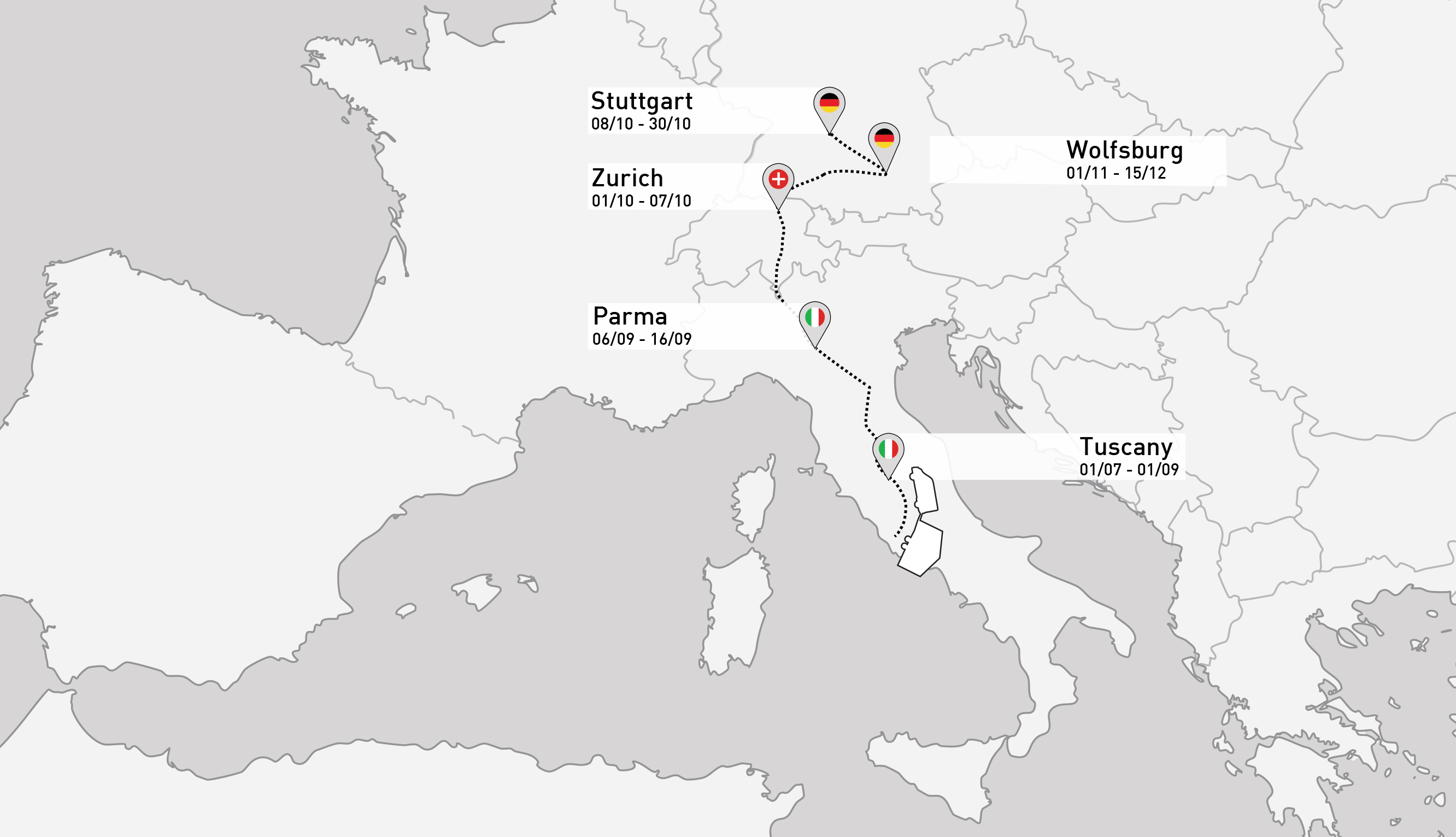 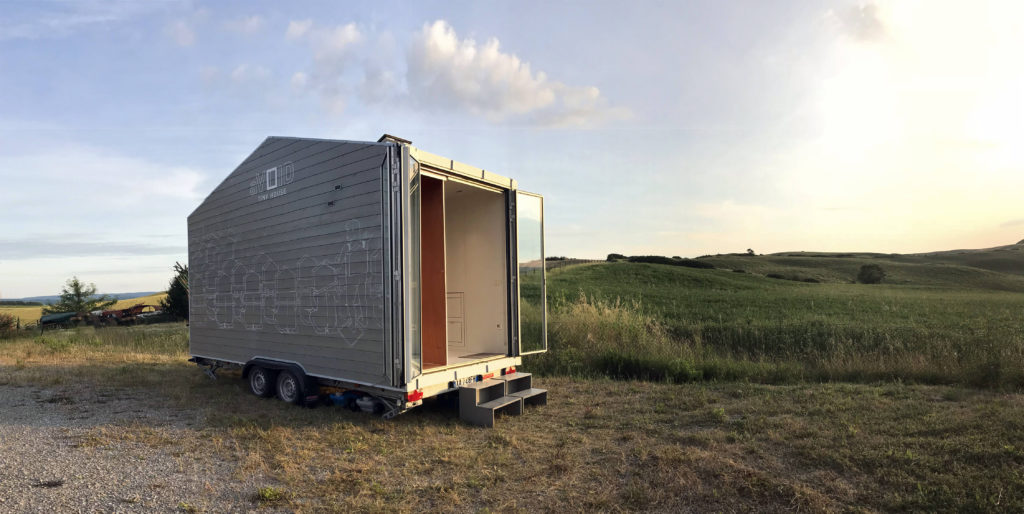 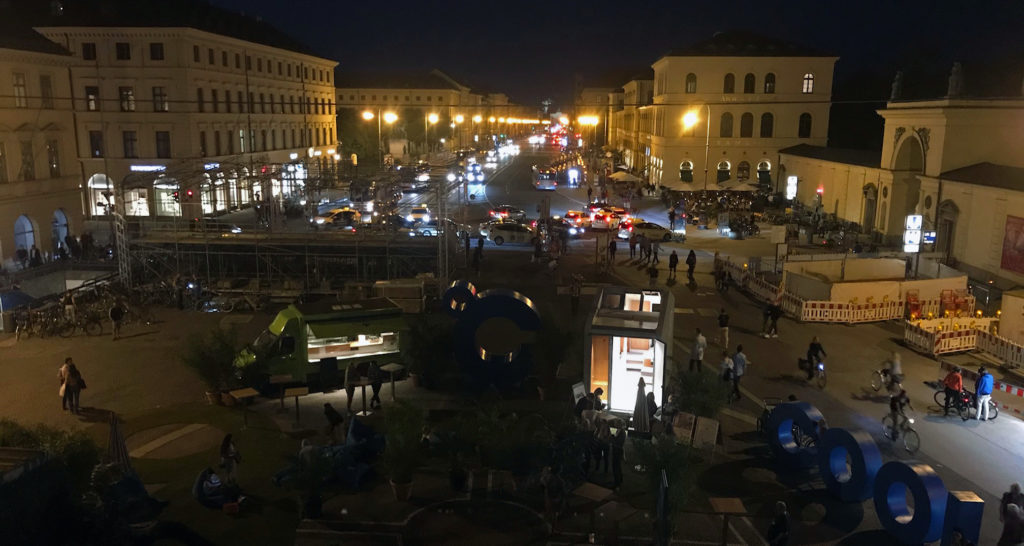 With planning complete, sponsors and strategic partners are now needed to make aVOID on Tour.

The Tinyhouse University is looking to work with sponsors who can assist with the organisation of tour for the following items: the transport of the tiny house, project management, workshops and events, accomodations, transfers, participatory fee to events or fairs, costs related to various stationery and printed materials.

While sponsorship is of course critical, the ideal partner would be one that has interest in giving support to and participate in the discussions promoted by the Tinyhouse University through aVOID on Tour. They should be an active player in the global challenge related to more sustain- able urban environment through innovative approaches. The sponsors will not just benefit from our wide international reach in media and social media, but would also have the opportunity to use the aVOID tiny house for its marketing strategies, wether through events, communication activities, or surveying campaigns.

More info about my tour on: